Bitten by the exchange bug

Lorène Sarrasin took advantage of Movetia’s Language Assistants Programme to spend a year teaching her French native language in Germany. When she got back, she was keen to share her enthusiasm and organised a class exchange between Romont and Hamburg. 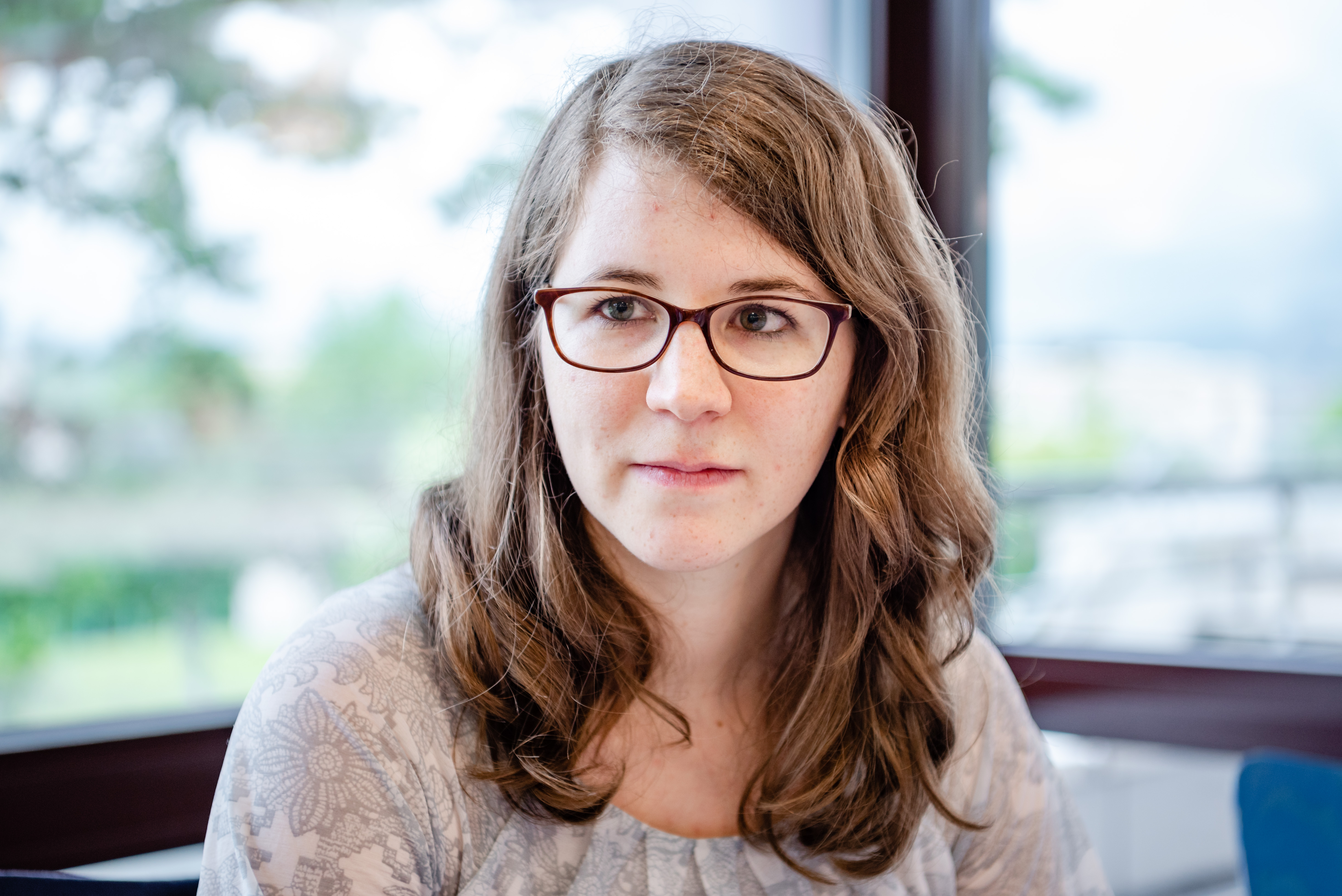 For a week at the end of May, German could be heard alongside French in the school playground in Romont, as students in 9th grade from the “Cycle d’orientation de la Glâne” welcomed their penfriends from Hamburg. This was a class exchange that came about thanks to the motivation of their German teacher. Lorène Sarrasin got bitten by the exchange bug early and wanted to pass it on to her students: “When I was 15, I spent two weeks in Germany and that’s what motivated me to learn the language.Setting up an exchange project had been a dream of mine for a long time.”

It all started when Lorène decided to take part in Movetia’s Language Assistants Programme. She had already been teaching in Romont for two years by then, but Germany was calling. Lorène had always wanted to spend time there to be more comfortable speaking to her students and to improve her  pronunciation. Depending on the country, language assistants are placed at a school abroad for between six and nine months. She therefore thought that she would have to quit her job in order to take advantage of the opportunity. But this was before she realised the unconditional support she would receive from the head of her secondary school in Romont, Olivier Crausaz, who suggested she take a sabbatical. Crausaz made the case to the Fribourg Department of Education to make sure that his teacher was able to get her job back after her year in Hamburg. He believes that gaining an insight into another institution, how other teachers work and other teaching styles and methods offers tremendous added value and brings useful expertise to the school.

Gaining an insight into another institution, how other teachers work and other teaching styles and methods offers tremendous added value and brings useful expertise to the school.

Lorène flew to Hamburg in 2016 with a position organised in a school and a room booked in student accommodation by her reference teacher in Germany, Bettina Cadir. Lorène’s mission was to assist French teachers at the Ottmarschen grammar school and bring a touch of Swiss culture to lessons. She started by observing lessons, but as the school has a lot of bilingual students, she quickly started doing reading and writing exercises with those who had a better command of French. She also completed advanced training for the DELF exam and prepared students for their baccalaureate oral exams. “I never got bored,” she says. “My two years of experience in Switzerland helped me approach the other teachers more easily, and consider them as colleagues. Bettina quickly became a friend.”

Lorène enjoyed her stay in Hamburg so much that she decided to stay for the whole academic year. “It was really interesting to experience another system and to teach with a different timetable. I was also able to share elements of my own culture, for example I gave a lesson on Saint Nicolas in Fribourg,” she explains.

On her return, she received her timetable at the same time as the other teachers at the secondary school in Romont and met her students again. She says it was as though she had never left. But the benefits of her stay in Hamburg are clear to see. “She was radiant, happy and extremely motivated,” recalls Olivier Crausaz. Above all, Lorène is more comfortable in her role as teacher: “I speak German with the students all the time, I have a better accent and I can tell that they’re making more effort too. I can now bring more authenticity to my lessons; I’ve managed to acquire the cultural aspect, which was lacking.”

Straight away, she launched into the class exchange project, which she had dreamed about for a long time. “I had links both here in Switzerland and in Germany, so all the ingredients were there. It would have been a shame to miss out on the opportunity.” Lorène started by discussing the project with the head, who was extremely enthusiastic. His view is that any form of exchange is positive for students and teachers, and the administrative aspect should never be an obstacle.

Once the ball was set in motion, the Hamburg exchange was a resounding success. More than 100 students signed up to take part, with 28 eventually selected. They travelled to Germany in February and came back delighted, even though the prospect of travelling without their parents and having to speak a foreign language was somewhat daunting. “It was stressful; you’re stepping into the unknown,” recalls Tiara, “speaking German was sometimes difficult; we didn’t speak in full sentences, but communicated using just words.” Another participant, Lorie, explains that she sometimes used Google Translate, but that now she feels the students are more motivated and understand the point of German lessons.

Opening up to another culture

The students were very impressed with Hamburg. “We saw some great monuments, the old town is really interesting and also all the history linked to the Second World War,” explains Elias. Everyone made the effort to speak German while they were there, and this seems to have worked particularly well for some. One  participant, Giuliano, laughs as he explains that when he returned home and his parents asked how it went, he replied in German. So the students were excited to see their penfriends again at the end of May and this time to show them their local region. As Olivier Crausaz highlights, these sorts of experiences at 13 or 14 make a real impact and are often the first time young people get to venture out alone, so there is a cultural and human aspect, as well as a linguistic one.

There is a cultural and human aspect, as well as a linguistic one.

Lorène still travels a lot and regularly returns to Hamburg, explaining that it is like a second home to her. She says she would definitely encourage other teachers to go abroad, for example through the Language Assistants Programme. “If teachers are enthusiastic about exchanges, it motivates students.”

Movetia selects and places assistants in schools in Germany, Austria, France and the UK. Many trainee teachers or those who have just qualified take advantage of this opportunity, but those who are already working are often unaware that they too can take part during the first three years of their careers. As Lorène’s story shows, it is possible to make arrangements with a school to go abroad without losing the job, and to come back with plenty of ideas and inspiration.